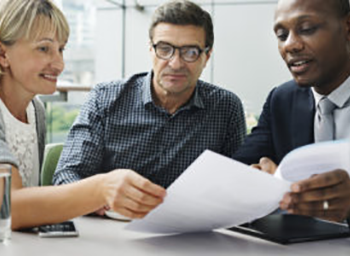 Those responsible for governance come from all walks of life and bring a range of skills to Governing Bodies/Trust Boards. You don’t have to be an education professional to be a Governor/Trustee but you do have to be passionate about education and be willing to commit time to work with the school/academy.

Governing Bodies/Trustees are the strategic leaders of our schools/academies and have a vital role to play in making sure every pupil gets the best possible education.

The role of a Governor/Trustee is demanding but very rewarding and is a good way to give back to your local community.

Those responsible for governance have three core functions:

The work of the Governing Body/Trust Board is strategic and as such is driven by the School Improvement Plan.

Discussions, decisions and actions for Governors/Trustees focus on the quality of education including outcomes, assessment and the curriculum as well as finance, staffing matters, use and condition of premises, pupils’ well being, working with stakeholders, admissions and organisational changes.

The full Governing Body/Trust Board must meet at least three times per academic year, but most meet more frequently through committee meetings. There is an expectation that Governors/Trustees join committees and will also undertake monitoring visits to find out more about the school/academy as well as attend training regularly to keep their knowledge and understanding up to date.  Meetings take place throughout the year and Governors/Trustees work closely with the Headteacher, making decisions collectively as a team.

Schools must make every reasonable effort to fill Parent Governor vacancies through elections. However, the regulations make provision for the Governing Body to appoint Parent Governors where there are not enough parents standing for election.

A person is disqualified from election or appointment as a Parent Governor of a school if they are a County Councillor or if they work at the school for more than 500 hours in a school year.

Local Authority Governors, once appointed, fulfil their duties as any other Governor would do. In the same way that a Parent Governor does not represent the views of all parents at a school, but is a representative parent, so the Local Authority Governor does not represent the views of the LA, but is a representative of the wider community. The LA does not mandate its appointees with the role of promoting the LA’s views on issues.

A person is disqualified from being appointed as a Local Authority Governor if they are eligible to be a Staff Governor of that school.

There can only be one Staff Governor. However, Governing Bodies may appoint members of staff as Co-opted Governors subject to restrictions as explained under the relevant section below.

The Headteacher is a member of the Governing Body by virtue of their office.  The Headteacher may at any time resign as a Governor, and withdraw their resignation, in both cases by notifying the clerk in writing.

In Voluntary Aided and Controlled schools Foundation Governors form the majority of Governors. This reflects the financial contribution made by the Church to the maintenance and improvement of the buildings, and the requirement that Voluntary Aided and Controlled schools should provide Christian religious education and worship in accordance with the school's Trust Deed.

Foundation Governors are either appointed by either the Diocese, the church or some other foundation body to represent the providers of the school or take the role by virtue of an office that they hold (ex officio). An ex officio office in a Voluntary Aided or Voluntary Controlled schools this is usually the incumbent, the vicar, rector, or priest in charge of the parish in which the school is situated

Associate Members are not Governors but are appointed to the Governing Body because it is felt they can offer particular skills or areas of expertise. They may have limited voting rights.

The specific details of the constitution of an Academy Board and procedures for appointing Trustees to that Board are set out in each Academy’s Articles of Association.  The Academy website has details of their own specific makeup.

If you are interested in becoming a Governor/Trustee, please contact us for more information about current vacancies.

Those responsible for governance, whether in a maintained school or an academy must meet the eligibility criteria as below:

Eligibility to become a Governor/Associate Member of a Maintained School

To be eligible, you must declare that you:

Eligibility to become a Trustee/Director/Governor of an Academy

To be eligible, you must declare that you:

All Governors/Trustees and Associate Members are required to undertake a Disclosure & Barring Service (DBS) check for more information follow this link.

What we can offer your school?

We offer a wide range of support to those responsible for governance in schools and academies in County Durham and across the region.

Through service level agreements we provide:

We also offer bespoke support through Governance Self Reviews and External Reviews of Governance.